This is an inactive lawsuit

Are You Suffering the Long-Term Effects of Concussion After Playing Sports for the NCAA?

Helping Collegiate Athletes Nationwide
Many high school students dream of going to college on a sports scholarship. What they often don’t realize is the danger in playing college sports and how it might end their college days. Whether it’s playing defense on the college football team, getting taken down in a wrestling match or taking a hit out on the soccer field, college sports can be dangerous for students. The risk of a concussion is high in these sports, and the aftereffects can be long-term damage for the victim.

According to a report by the NCAA, 30 percent of concussions studied were women. Wrestling reported the highest number of concussions at 10.9 percent, followed by men’s ice hockey at 7.9 percent. Football came in at 6.7 percent. In the past five years, there were an average of 10,500 concussions for college athletes.

The time you have to pursue a claim is limited. Contact us for more information.

These numbers are startling because concussions can have a major impact on a person’s quality of life and ability to perform in everyday tasks. Many students suffer multiple concussions, which can lead to other serious medical issues.

What is a Concussion?

Many people don’t realize how serious a concussion is. When they hear someone has suffered a concussion, they assume all is okay and the person will be back to playing in a day or two. However, a concussion is a traumatic brain injury. It is caused by a blow to the head by some object. In sports, it’s likely to be a ball as in soccer. It can also be caused by a fall or other injury that causes the brain to shake against the skull. It can occur when a person is tackled in wrestling or football or in other sports when contact is made with another player. 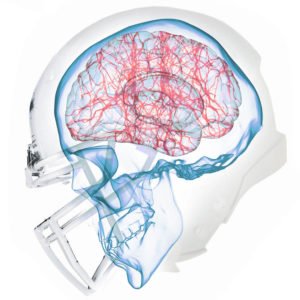 There may be no outward signs of a concussion or you may notice a cut or bruise. The player may not pass out and may even get up and go back to playing. Some players will show noticeable signs after the injury such as losing consciousness for a few moments. They may forget what was happening just prior to the injury. Others will show no signs at all.

Most people recover from a concussion with no lingering issues. It can take a few hours or a few weeks for complete recovery. The risk for athletes is that they may go back to playing before they have fully recovered. The brain is extra-sensitive during this time, and a second concussion can cause more damage.

The brain is soft and is protected by the skull. It is surrounded by fluid to cushion your brain and prevent it from hitting the skull. If the head is hit hard enough, it will force the brain to hit the hard skull and be injured.

Concussions are often labeled as mild, moderate or severe, but they are also defined as grades with Grade one being the mildest and Grade three being the most severe.

Concussions can lead to death, especially if an athlete receives a second concussion before the first one has healed. The risk of death is greater for athletes who have received multiple concussions even if they were all considered to be Grade One or mild.

Symptoms of a Concussion

Some athletes show no signs of a concussion while others may display symptoms a few hours, weeks or even months later. There are numerous symptoms that may be associated with a head injury, which is why it is important to pay attention to how you are feeling after suffering a hard hit in the head. These symptoms may be physical or mental and affect how you feel or how you are able to perform. They include the following:

The person may also experience mood changes and become sad, anxious or nervous, angry and more emotional overall. While these symptoms may show up right away, they may also be delayed until several weeks after the incident or they may appear after a second hit to the head.

If you have been hit in the head or show any of these signs of a concussion, you should see a doctor. They will conduct some preliminary testing such as asking your questions to test your memory or ability to pay attention. They may have you solve a problem or show objects and hide them, asking you to remember what you just saw.

The doctor may test your balance, coordination, strength, reflexes and ability to feel sensations. They may order a CT scan or MRI to check for bruising or bleeding. Neuropsychological tests have become more common to check for a concussion after an injury. They test your ability to think clearly and monitor for mood changes.

If the concussion is mild, the person will most likely be sent home with orders to rest. A moderate or severe concussion may result in a hospital stay for monitoring. Anyone who has suffered a concussion should be watched closely for any symptoms. Certain symptoms are cause for concern and should be a warning for immediate medical attention. These danger signs include:

Rest is the main prescription from the doctor. You should get plenty of sleep and not overtax your body during the day. If you try to do an activity and it brings on the symptoms, stop immediately and let your doctor know. Avoid any activities that tax your body or your brain. You should not drive a car or operate other machinery until approved by a doctor. Take any prescription medication or OTC medication directed by your doctor, but don’t take anything without asking first.

Even repeated mild concussions can lead to long-term damage. Studies have shown that they can cause an increased risk for Alzheimer’s and Parkinson’s as well as other brain disorders. They can cause epilepsy and CTE or Chronic Traumatic Encephalopathy. CTE is a degenerative disease which is caused by repeated injuries to the head such as is found in sports. It causes difficulty with physical and mental ability as well as emotional challenges.

The NCAA enacted new guidelines in 2010 for college sports teams. Every school is required to have a concussion management plan. The plan requires all athletes to become informed of the symptoms of concussions at the start of every season. They must sign a statement where they agree to report any symptoms to medical staff. If they receive a concussion, they have to come out of the sport for at least one day. A team doctor must clear them to play before they are allowed to participate.

Legal Implications of a Concussion

College athletes who suffer a concussion are often under extreme pressure to get back in the game from coaches, parents and themselves. They may attempt to play even before they are cleared by a doctor. With the new rules in place by the NCAA, they are not allowed to play until all symptoms have subsided and the doctor has given approval for them to return to the sport.

The issues are complicated with regards to college sports. It is possible for the player to visit multiple doctors until they find one who will sign off on their ability to return to play, which is called “doctor shopping.” Team doctors may feel pressured to clear the athlete sooner than they feel is right because of their importance to the team. However, it is imperative that doctors put the player’s health first and follow the rules to avoid legal consequences later on.

Doctors and schools open themselves up to legal action in a concussion injury when they fail to follow the rules. If they allow the player to return to the sport before symptoms have cleared, they may be held responsible for any following incidents, including a second concussion. When schools fail to inform players of the seriousness of a concussion or do not get them to sign the agreement, they also be found responsible.

The NCAA requires baseline testing on athletes before the season begins. This is not a comprehensive physical test but rather an evaluation into their cognitive abilities to determine if any areas are affected by a concussion. In the legal arena, this test can be used to compare their abilities prior to the concussion to those afterwards.

An attorney may also look at prior medical history, especially at prior concussions and the determination of whether the athlete is able to return to play. They will also investigate the concussion in question to ensure proper protocol was followed, such as receiving medical attention and not being allowed to return to the game.

When the incident becomes a legal matter, it is imperative that all information regarding the concussion is gathered. This information will be necessary to prove negligence on the part of the responsible party or other charges to claim damages. The attorney will need to review the documents and may even request medical tests and examinations to determine the extent of any brain damage caused by the concussion.

The amount and type of damages will vary based on the severity of the concussion and the resulting damage as well as the future prognosis for the athlete. If the damage is severe and permanent, the awarded amount may be much higher. The athlete may be awarded an amount which covers all medical expenses, both past and future. They may also receive damages for any income loss or loss of future earnings along with college tuition if the person is no longer able to participate in sports or merit other scholarships.

One of the challenges for the attorney will be to identify the responsible party. The lawsuit may be brought against the coach, the school or even the doctor who treated the athlete and released them to return to the sport. It can also be brought against a sports equipment manufacturer if the equipment failed to operate properly to protect the athlete.

If you or a loved one has been injured in a college sport, resulting in a concussion which has led to long-term implications or permanent damage, you should contact an attorney who can provide solid legal advice on your next step. You may be entitled to compensation for your injuries to pay for the expenses you have incurred as a result. While the damages awarded cannot repair the injury, it can help you to move forward and have a better future.

Injured by a Dangerous Medical Device or Drug?
Review My Case For Free